The all-time BYU NFL team includes 18 players who have appeared in Super Bowls. Eleven of those players have won a combined 22 rings. Eight of those players won multi-rings, including former San Francisco teammates Steve Young and Tom Holmoe with three apiece. Young was the MVP of the 1995 Super Bowl when he passed for 325 yards and six touchdowns in a victory over the San Diego Chargers.

Center Bart Oates owns five rings – three from Super Bowls plus two from USFL championships. He won his USFL rings with the Philadelphia/Baltimore Stars and his Super Bowl rings with the New York Giants (two) and 49ers.

The Super Bowl rings do not end with the 27 members of BYU’s all-time NFL team, though. Quarterback Jim McMahon won two such rings, one was a starter with the 1985 Chicago Bears and the other as a backup with the 1996 Green Bay Packers, and linebacker Kyle Van Noy also collected two with the New England Patriots. Linebacker Brady Poppinga (Green Bay, 2010) and tight end Dennis Pitta (Baltimore Ravens, 2012) own one Super Bowl ring apiece.

McMahon was a college teammate of Holmoe, Lee Johnson, Oates, Vai Sikahema, Young and Andy Reid, who won Super Bowl rings as an assistant coach with the Green Bay Packers and head coach of the Kansas City Chiefs. 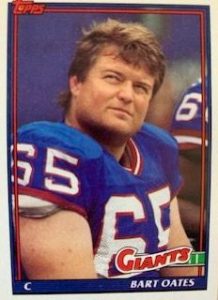 The Demise of the Detroit Lions Started with the AFL